In addition to scouting the weather conditions and providing navigation assistance for the Road House Party, I couldn’t help but wonder how many pianos made it over the Siskiyou Pass. The first wagon train crossed the Siskiyou Summit in 1849 – a party driving ten wagons led by Jesse Applegate. Applegate’s description persuaded a number of groups to cut off from the main Oregon Trail and try the new route, much of which had hardly been marked, let alone cleared. The going was slow and rough; the trains were subjected to intermittent harassment by Paiute and Modoc Indians almost all the way west to the Rogue River valley.

Well, I didn’t see any abandon pianos or Indians but my appreciation for what these folks went through to blaze new trails has surely deepened after our party summited the Siskiyou Pass. Sometimes called Siskiyou Summit, this historic mountain pass in the Siskiyou Mountains of Jackson County is the most used pass in the U.S. state of Oregon. For us, it caused a lot of angst because in bad weather it can be down right treacherous. 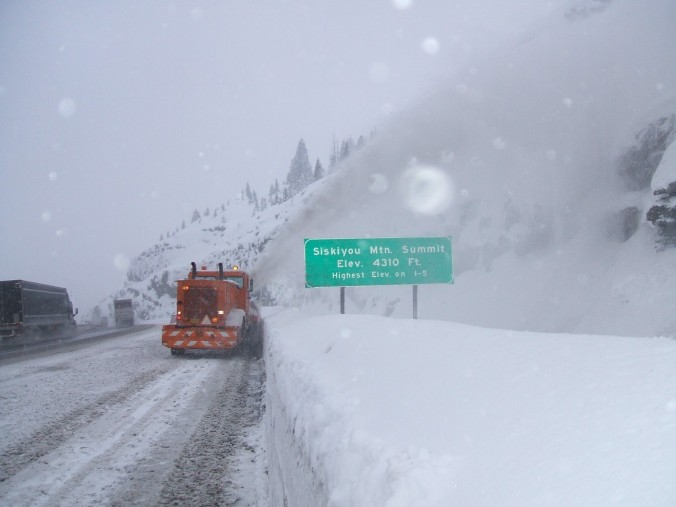 Thanks to modern weather apps like NOAA, the weather channel and google we timed our climb over the Siskiyou’s in-between passing storms. Low lying fog clouded the top of Mt. Shasta as the Road House shifted in to low gear and chugged up and over the 4,300 ft elevation. The ascension wasn’t an issue for us as we have a 330HP Caterpillar diesel pusher engine with a work horse Allison 3000 transmission – way more horse power than Jesse Applegate had for sure. The 6% downgrades were what puckered the driver as the Road House is 30,000 plus pounds and tows our Chevy Equinox, Ernie behind it. Our PAC exhaust brakes drove the pucker factor way down. This breaking system is the cats meow for big rigs and large RV’s because you actually don’t have to use the regular braking system which means no overheated brakes or runaway vehicles. The PAC-braking system actually closes down the exhaust path and it stops the gases from being eliminated on the exhaust pipe. As a result, back pressure is built in the manifold and in the cylinders, making the engine work backwards and subsequently slowing down the vehicle. If you really want to geek on on Pacbrakes, check out this website: http://pacbrake.com/exhaust-brakes-how-do-they-work-and-what-benefits-do-they-bring/ 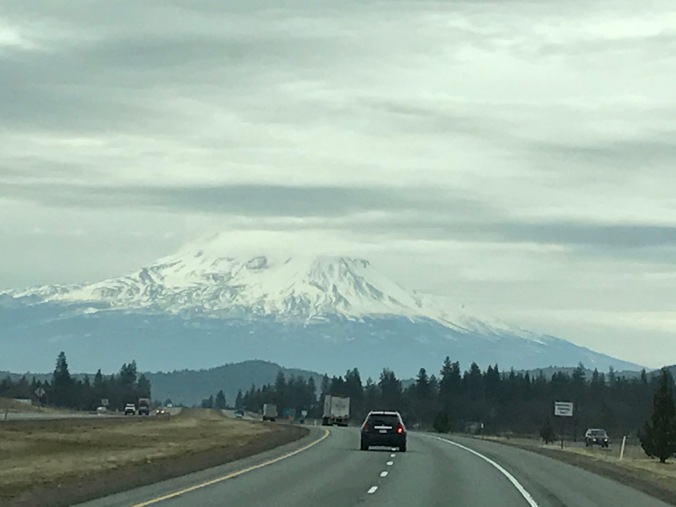 We were happy to call it a day and pull into the Premier RV Resort in Redding as it started to rain. After getting settled into our oak tree shaded spot and a playing a rousing game of fetch with Bentley at the parks off leash doggie area, we fed the critters and headed to Woody’s Brewing Company for a early dinner. 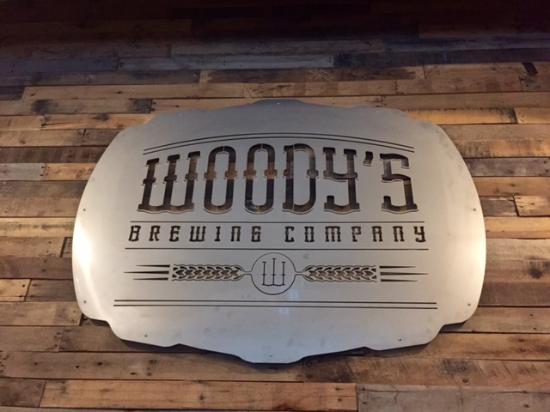 I loved the story of Woody’s on their website and the google reviews suggested I wasn’t alone. We got a seat near the bar to watch the action, enjoyed a sampler of Woody’s finest and chowed down on some seriously good grub – including home made garlic tots made fresh daily by the “tot bot”. Our server Justin was awesome and filled us in on the tap favorites, some insider scoop and was very proud of the recent award – best brew house in Northern California. WTG, Team Woody and thanks for taking care of the Road House Party…I am sure we ate much better and had a much easier trek than the Applegate party in 1849. 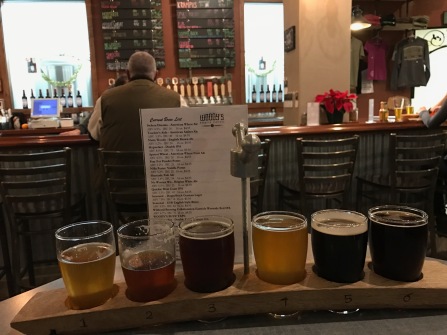 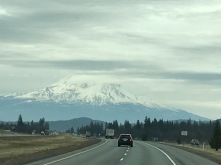 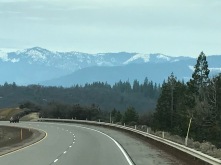