We got up early to beat the heat – expected high of 87 degrees – and took a leisurely hike through the Boyce Thompson Arboretum State Park which is located in beautiful Queen Creek Canyon, three miles west of Superior AZ. For nature lovers this is a must see and a easy day trip from the Phoenix metro area. Over 2600 species of arid land plants from around the world grow at the Arboretum. Agaves, aloes, boojum trees, cork oaks, jujube trees, legume trees, and, in the Eucalyptus grove, one of the largest red gum Eucalyptus trees (“Mr. Big”) in the United States. Cacti and succulents grow extensively throughout the Arboretum. 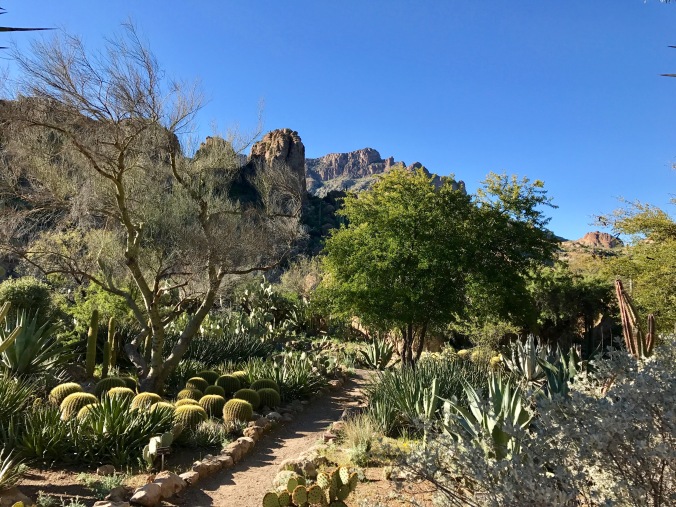 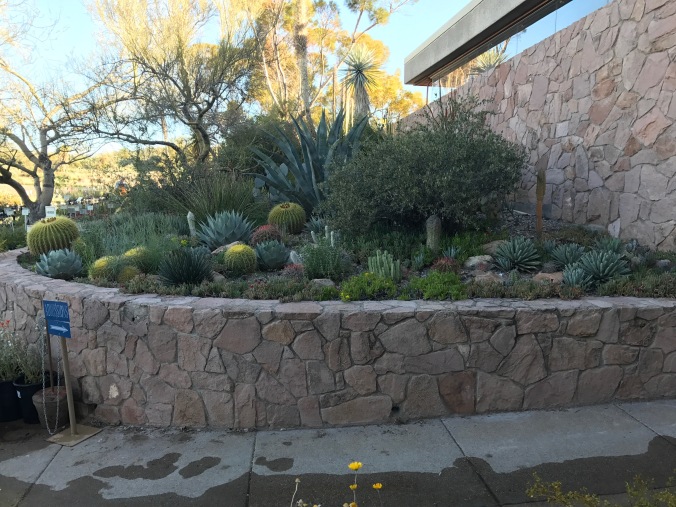 Natural resource developer and philanthropist William Boyce Thompson established the Southwestern Arboretum in the mid-1920’s. The inspiration to create an arid-region arboretum sprang from a lifetime of interest in all things botanical, horticultural, and natural. It was specifically inspired by Thompson’s visit to Russia during the terrible famine years just after the First World War. Thompson, who was a Colonel in the Red Cross, came to realize how profoundly dependent human beings are on plants. It was Thompson’s fervent desire to do something to enhance man’s symbiotic relationship with members of the plant kingdom. A man of broad vision typical of the expansive “can-do” times, Thompson along with the Arboretum’s first Director, Franklin Crider, fashioned a mission for the Arboretum that was vast and global in scope with economic utility and aesthetic appeal being of primary importance in aquiring material for the collection. 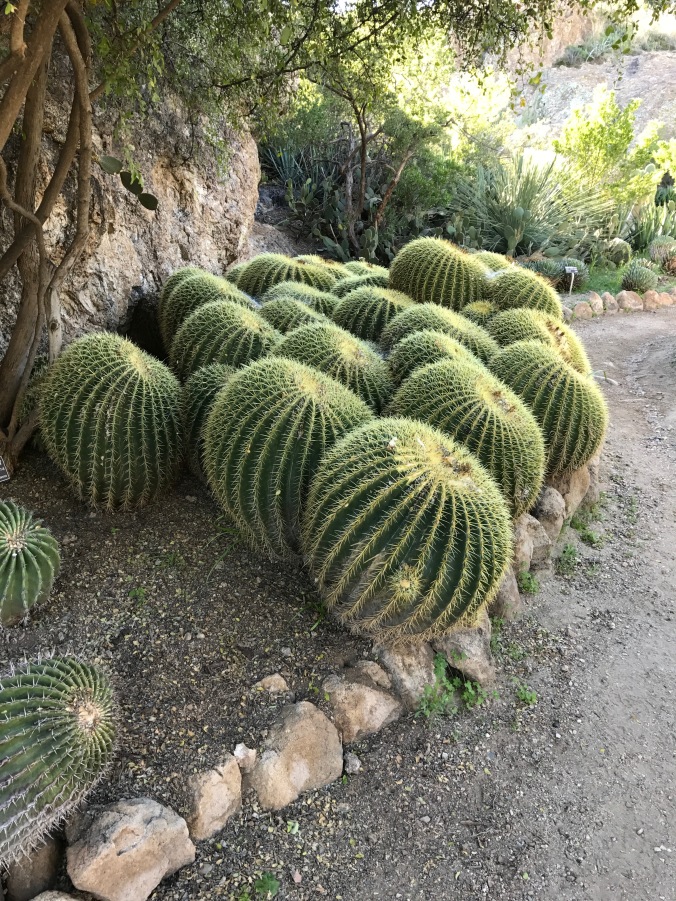 Having spent the last 10 years of my working career at a non-profit organization which thrived thanks to the help of volunteers, I really appreciated seeing the arboretum bustling with happy volunteers preparing for the annual plant sale. It was hard not to buy anything and my love of gardening felt squelched but there isn’t much opportunity on the coach for plants. I do have a small container of herbs and one orchid on aboard so I am not completely deprived. 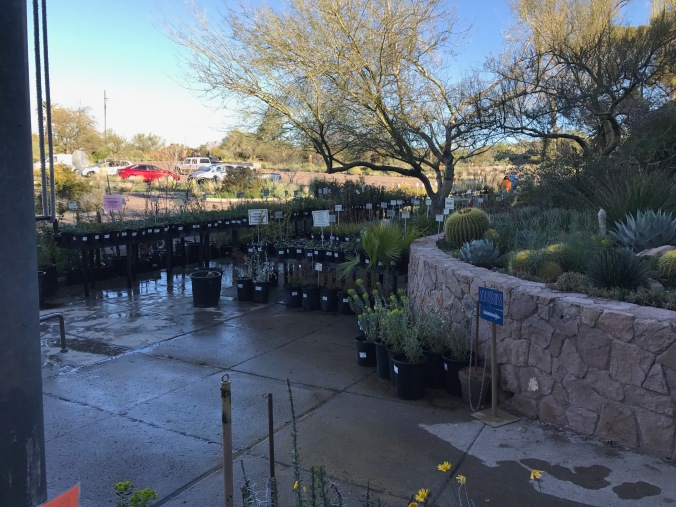 The Arboretum was the first purely botanical institution in this desert State and was founded to promote understanding, through scientific research and public education, for plant-people relationships in the arid and semi-arid parts of the American Southwest and the world. To further goals held in common, Boyce Thompson Southwestern Arboretum entered into a bilateral management agreement with the University of Arizona in the mid-1960’s. This agreement was expanded to include Arizona State Parks in 1976, in recognition of the great recreational, educational, and historical significance of the Arboretum to the people of Arizona. 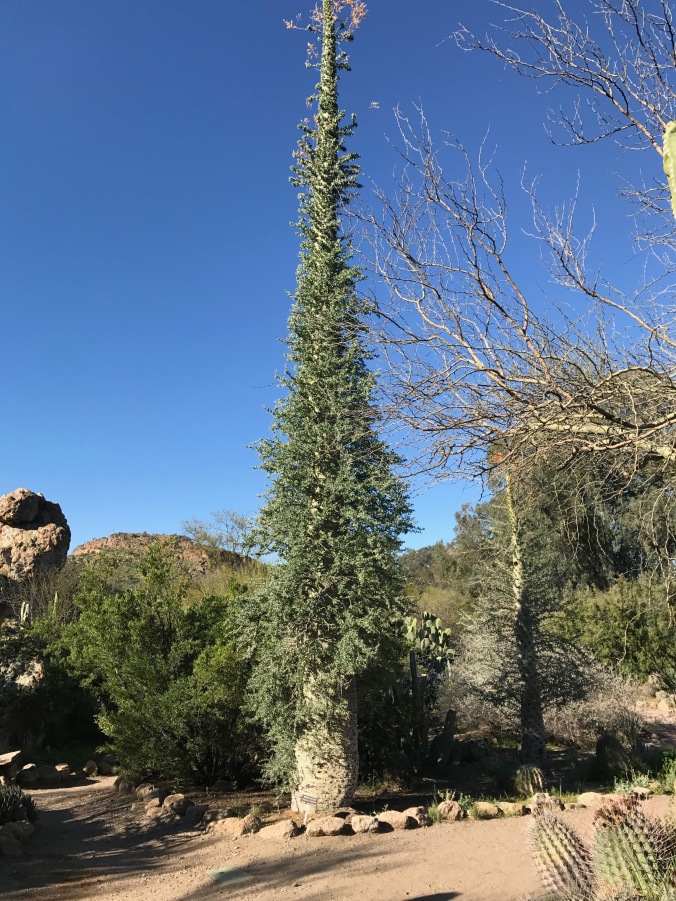 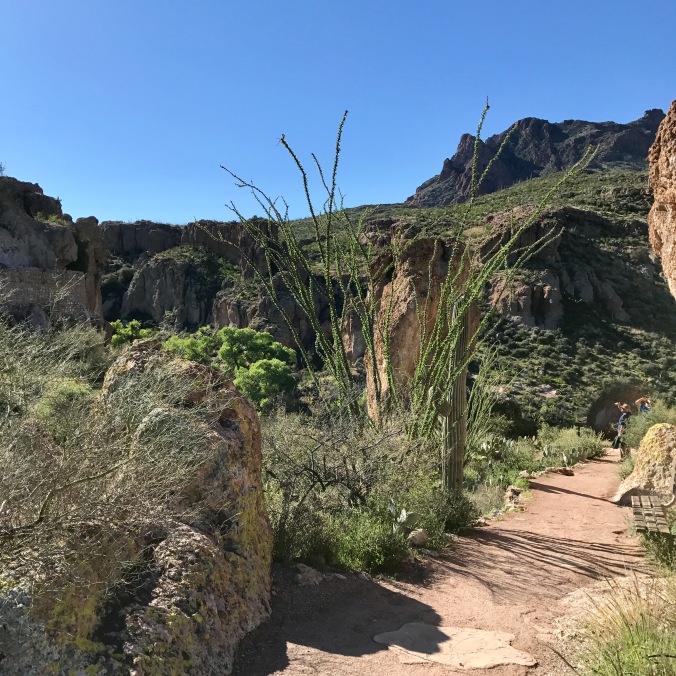 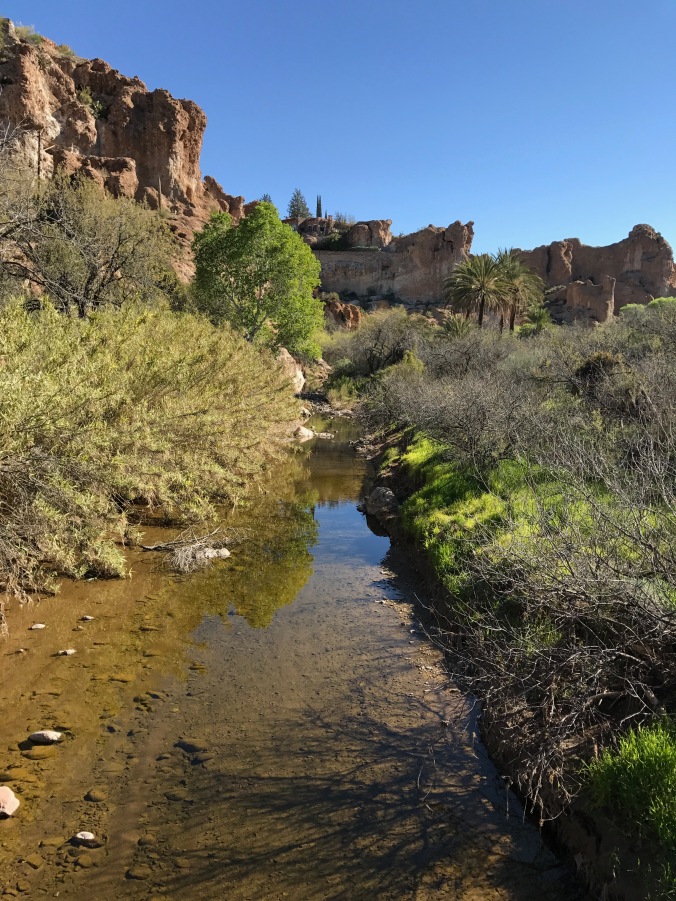 The Arboretum is also designated as an important bird area and next year when we are back in this area, I am planning to become a member and a volunteer. It will be a fun way to get my gardening fix and to learn more about birds. More than 250 species have been recorded in the “birds of the Arboretum checklist” so that should keep me out of trouble – right! Gambel’s Quail, Canyon Wren, Curved-Billed Thrashers, and Black Throated Sparrows are among the most abundant species but we were lucky to also see a Broad Billed Hummingbird and a beautiful bright red Cardinal.

In the early 1970’s, State Parks was looking for opportunities to expand its system, and the Arboretum had been identified as a potential addition. At this same time, the Arboretum was facing financial difficulties. In 1972, Dr. Kassander and Dr. Younggren of the University of Arizona approached the Parks Board to see if there was enough interest to pursue a partnership for the operation and management of the Arboretum. The Parks Board was interested and instructed its staff to begin meeting with the Arboretum staff to determine what the Board’s involvement might be. Following lengthy negotiations to develop an acceptable management agreement with the University of Arizona and the Boyce Thompson Southwestern Arboretum Board, the Parks Board signed a tripartite agreement on March 30, 1976. 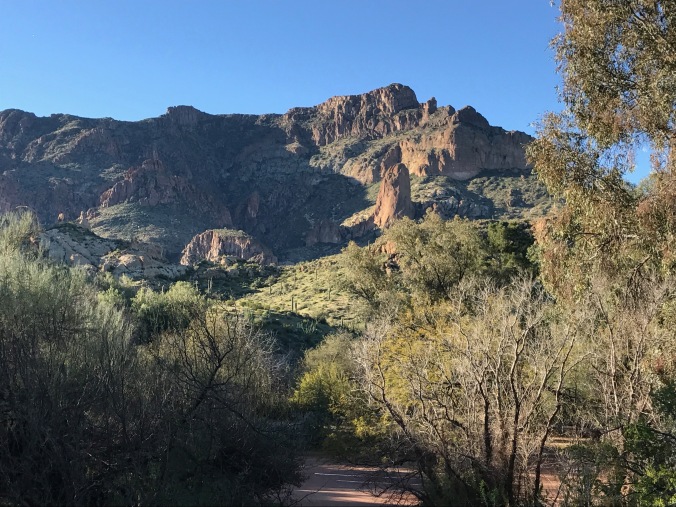 In the years since its creation, the tripartite agreement proved to be a very effective way to support and manage this valuable and complex resource. The result is a uniquely beautiful and useful desert garden for the education and enjoyment for not only the people of Arizona but for people for all across the world.

We really enjoyed the 2.5 miles of trails through the arboretum and will be back when we are in the area again next winter. Bryce Thompson certainly had vision and was instrumental in creating this amazing arboretum. Hats off to the State of Arizona for how it manages and preserves its natural resources and for keeping Bryce Thompson’s vision alive. The last stop on our 10 week exploration of Arizona will be the Kartchner Caverns State Park, so stay tuned as this is a cavern like no other. 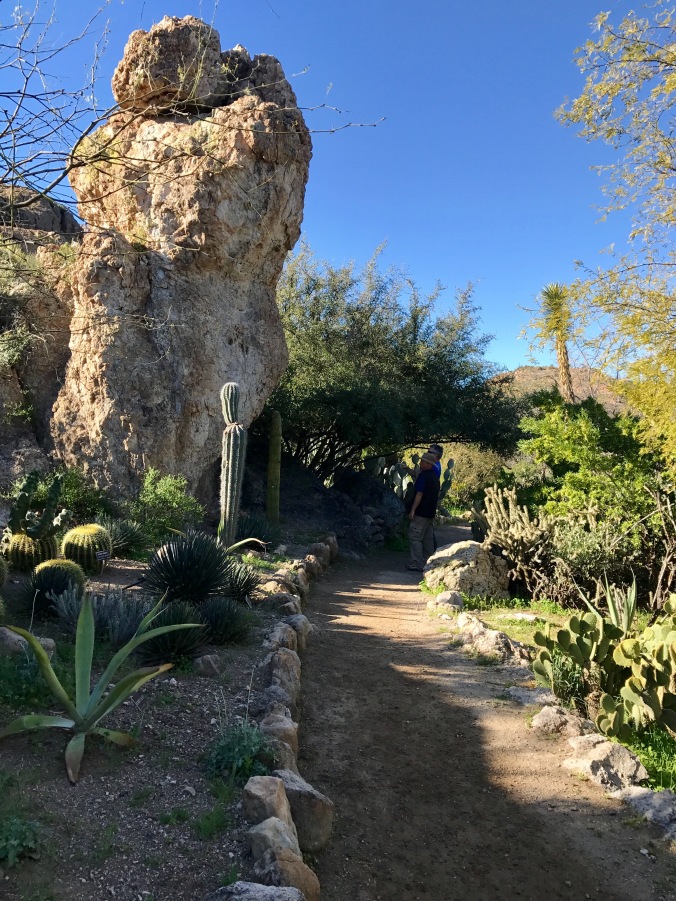 One thought on “Thank You Boyce Thompson”