I love ghosts towns, there is something spooky and unearthly about them. Where I grew up in rural east Multnomah County Oregon, there was a old house in the woods with some abandon furniture and a piano. It was a great place to explore and get scared so we never went there after dark. I swear sometimes you could hear piano music when the wind blew through the trees. Maybe this is why I love exploring old ghost towns so much? 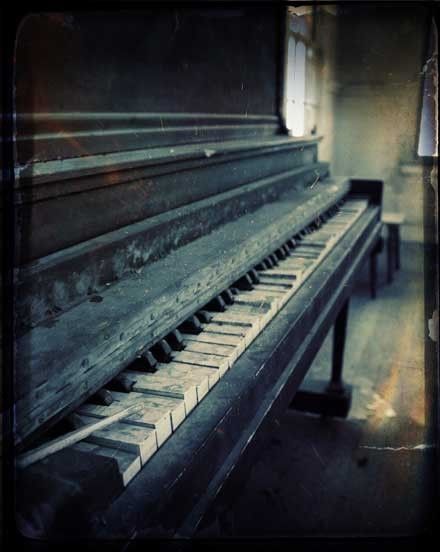 The drive to Jerome took us into the edge of the Coconino National Forest. If you like spectacular scenery and narrow windy roads with sheer drops this is the drive for you. Not sure Bentley enjoyed that part of teh drive as much as we did. So glad we were in Ernie as there is no way we could have driven the Roadhouse into Jerome. 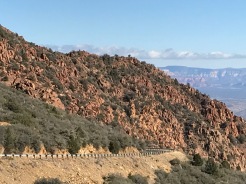 Jerome is a ghost town alive and well with a past described as wickedly wild to wildly artistic. During its rough and tumble days, Jerome was given the distinction of “Wickedest Town in the West”. Saloons and brothels lined the streets, providing the miners with entertainment after a hard days work. 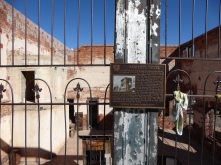 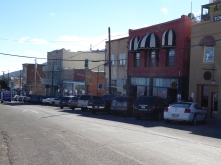 Founded in 1876, Jerome was the fourth largest town in the Arizona Territory with a rowdy population that reached over 15,000. The mines produced over a billion dollars worth of gold, copper, silver and zinc during a period of over 70 years until the last mine closed in 1953.
When gold and copper deposits dwindled, Jerome AZ became a veritable ghost town with about 50 residents that stayed behind. Story is that in the 60’s and 70’s the “Hippies” came into town and today it is comprised of artists, writers, unique boutique shops, wine bars, quaint dining spots and amazing views across the Verde Valley.

Jerome’s appearance has not changed much in the last 100 years. Many of the old buildings from the late 1890s still stand and are occupied by proprietors while many structures are fragment relics from its very early days. Because Jerome was built on the side of a hill, gravity and erosion has caused building to slide down the 30 degree slope. Fires were commonplace, ravaging the clapboard town and landslides destroyed whole sections but Jerome was always rebuilt. At the mercy of the ups and downs of copper prices, labor unrest, depressions and wars, this place has quite a checkered past.

We enjoy walking among the buildings of historical significance, tasting some marginal AZ wine and having a great lunch-breakfast at the Miner’s Café. The views are stunning and the Jerome State Historical Park is well worth a visit. The Douglas Mansion, which was the home of one of Jerome’s most influential aka wealthy, mine owners is now a museum dedicated to the the area’s history. Outside there is old mining equipment, vehicles and buggies. Inside, the mansion is open to tour and you will find some great mineral displays, artifacts and much of the original furniture including a piano – yay! The 30 minute historical film was a hoot as it is narrated by a ghost, which was the only one I saw that day! 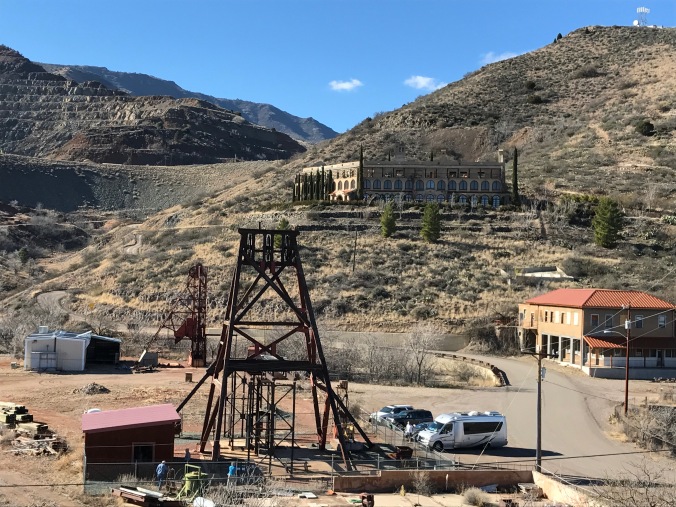 One thought on “Exploring the ghost town of Jerome”